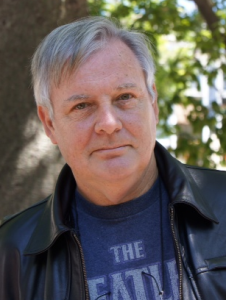 John Lyons is an Anglo-Irish poet, musician, educator and artist living and working in London. An internationally acclaimed translator of Latin American poetry, John is responsible for the 500-page translation of Cosmic Canticle, a poetic masterpiece by the Nicaraguan, Ernesto Cardenal. In addition, John has also translated texts by Pablo Neruda, Jorge Luis Borges, Augusto Monterroso, and many others.

The 2005 Literature Nobel Laureate, Harold Pinter, specifically commissioned John to translate into Spanish his Collected Poems and his only novel, The Dwarfs, as well as three plays, A Kind of Alaska, Family Voices and Victoria Station.

While living and teaching in Brazil for ten years, John directed a production of his own translation into Portuguese of two plays by Samuel Beckett and led numerous highly successful poetry workshops. He is particularly interested in introducing the creative possibilities of poetry to those who are unfamiliar with the form.

5 thoughts on “About John Lyons”