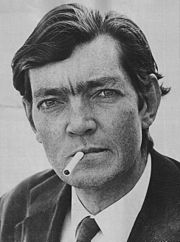 Known as one of the most accomplished prose writers of the so-called Latin American Boom in fiction, Julio Cortázar was also a consummate poet. The poem translated below is taken from the last of his works to be published during his lifetime. Born in the Argentinian embassy in Brussels in 1926, Cortázar lived for most of his adult life in Paris, though he never lost his close identification with his homeland nor with Latin America in general. Famous for his wit and humour in his novels and short stories, Cortázar’s lyrical voice is endlessly inventive.

If I have to live

If I have to live without you, let it be hard and bloody,
the soup cold, my shoes tattered, or that in the midst of opulence
let the dry branch of the cough rise up, barking out to me
your misshapen name, a foam of vowels, tearing at my sheets
with its fingers, so that nothing brings me peace.
Not even from that will I learn to love you more,
but cast out from happiness
I’ll know how much joy you once gave me just by being near.
I believe I understand this, but I’m wrong:
it will require frost on the lintel
for the person sheltering in the doorway to understand
the light in the dining room, the milk-white tablecloths and the smell
of the bread thrusting its brown hand through the slit.

So far from you now
as one eye from the other,
from this assumed adversity
the look you deserve will finally be born.

Alejandra Pizarnik, an Argentinian poet, greatly respected and supported by such writers as Octavio Paz and Julio Cortázar, had a long and ultimately unsuccessful struggle against depression. The intensity and intimacy of her poetry places her firmly in the tradition of Emily Dickinson, whose verse she greatly admired. In her “Notes for an article”, written in 1964, she states : “Intense need for poetic truth. It demands the freeing of visionary energies while maintaining, simultaneously an extraordinary aplomb in the handling of this energy. I’m not sure if I’m talking about poetic perfection, freedom, love or death.”

Vertigos or contemplation of something ending

This lilac’s losing its leaves.
It falls from itself
and so conceals its former shadow.
I shall die of such things

not time
just every instant
not love
no
yes
no

a place of absence
a thread of miserable union

I first met the Nicaraguan poet Carlos Martínez Rivas in San José, Costa Rica, in January 1977. I had just arrived in the country from Nicaragua where I had spent some weeks in the commune run by Ernesto Cardenal on the island of Solentiname in the south of Lake Nicaragua.

Carlos was staying as an unpaid guest at the Sheraton Hotel. He had little money but his prestige as a poet was such that the hotel chain felt honoured to house him.

I showed Carlos some of the poetry I had been writing in English and we became friends immediately. It was mid-morning and Carlos wanted to give me a copy of the only book of poetry he ever published, La insurrección solitaria [The solitary insurrection] but since he had no copies he invited me to accompany him on the long walk from his hotel to the offices of EDUCA, the university publisher located on the campus of the University of Costa Rica. It was a long walk under a gorgeous blue sky and Carlos was delightful company. His only advice to a young poet was to always carry a pen and notebook. He asked after many of his friends whom I had just met in Nicaragua. He had an acute intelligence and piercing blue eyes which were nevertheless very gentle when he spoke of people.

When we got to the offices of EDUCA, Carlos asked for a copy of his book in which he then wrote a long dedication to me to record our meeting. I felt very honoured to be addressed as a poet by such a brilliant master. The greatest, ultimately unrequited love of Carlos’s life had been the Costa Rican poet, Eunice Odio, and many of the poems in his book were inspired directly or indirectly by her, in particular a poem entitled “La puesta en el sepulcro” [The placing of Christ in the sepulchre].

I saw Carlos on several occasions during the week I spent in San José. And in 1983, while attending a solidarity conference in Managua, I called in at his house and invited him out to a restaurant. He was still a penniless poet and his home was quite spartan. There was a large trunk in the living room which when he lifted the lid revealed a mass of papers: there was all his unpublished poetry, virtually a lifetime’s work.

At the restaurant Carlos insisted on ordering the cheapest meal, a spaghetti with a basic sauce, but he thoroughly enjoyed himself with our conversation and with flirting with all the young waitresses who clearly adored him. On this occasion he also dedicated a new edition of his only book to me and I have kept both copies with pride.

For the Brazilian poet, Cecília Meireles, the writing of poetry was not so much a vocation or a trade nor even a compulsion. Her poetic voice was as much a part of her nature as singing is to the cicada. Recognised as one of the most important poets writing in Portuguese, she also painted and was an inspiring teacher

It’s easier to rest your ears amongst the clouds
and hear the passing of the stars
than to press them to the ground and catch the sound of your steps.

It’s easier, too, to cast your eyes upon the ocean
and to observe, there in the depths, the silent birth of shapes,
than to hope to appear to be creating with simple gestures
signs of eternal hope.

Neither the stars, nor sea-shapes, nor you, interest me any more.

Over time I’ve developed my song:
I don’t envy the cicadas: I too shall die from singing.

I sing because the instant exists
and my life’s complete.
I’m neither happy nor sad:
I’m a poet.

A sibling to all things fleeting,
I feel neither pleasure nor torment.
I drift through nights and days
on the wind.

Whether I destroy or construct,
whether I’ll last or fall apart
— I don’t, I don’t know. I don’t know
whether I’m here to stay or passing through.

I know I sing. And song is everything.
The rhythmic wing pulses with eternal blood.
And one day I know I’ll be mute:
— nothing more.

There is a marvellous moment in the film, Wonder Boys (2000), where one of the characters, a pompous but renowned novelist, played by Rip Torn, and known by a single initial as “Q”, walks to the podium to address a university audience during Writers Week, and solemnly declares: “I am a writer. . . .”

This is greeted by a very loud belly laugh from James Leer (Toby Maguire), a student in the creative writing class run by Professor Tripp (Michael Douglas). Well, all of us who make that claim about ourselves run the risk of being labelled pompous and yet we are all writers.

Towards the end of this school year I gave some English lessons to a very sensitive and charming autistic boy, aged 16, and I encouraged him to explore the possibilities of creative writing. On each occasion we met, he would tell me the news that Shakespeare was dead and that he didn’t want to be a writer. To the first statement I would reply, “Good, cuts out the competition”. The second statement I would answer by picking up an issue of National Geographic entirely dedicated to dinosaurs (he was intensely interested in the reptiles) and point to the text. “There’s no escape from text. We all have to write. We’re all writers.” In fact, over the weeks I saw him, the boy produced some very fine pieces of writing, albeit under protest.

Over the coming months I intend to reveal a little about the reasons why I write and the processes I use to create my poetry. But for the time being, here is an example of one of the poems produced by my autistic pupil:

The perfect days of summer

This blog seeks, among other things, to celebrate the work of those poets and other writers who have had the greatest impact on my own poetry, and in this first post I have chosen a poem I wrote in 2004, inspired by my reading of Marianne Moore. Beneath the apparent simplicity of her poetry there is great sophistication: her delivery via the rhythm is smooth and controlled like the action of a great baseball player standing at the plate, and the final flourishes of her poems are often akin to those of a glorious home-run. Just as cricket was important to Beckett and Pinter, baseball was Marianne Moore’s chosen sport, and its influence is everywhere you look in her lines. William Carlos Williams, in his Selected Essays, describes Marianne Moore’s talent thus: “It is a talent which diminishes the tom-toming on the hollow men of a wasteland to an irrelevant pitter-patter. Nothing is hollow or waste to the imagination of Marianne Moore.” 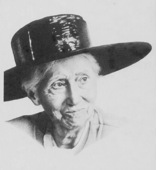 boater.
A face that bears the soft creases but not
the deep lines of age; the eyes incisive
and captivating as any disenfranchised tiger’s;
a wry, generous smile tightly-

pursed
in the knowledge that silence
is a most auspicious friend
to the judicious poet.
Her poetry: a

space
in which we would-be
steeplejacks
might immerse ourselves
and grow ever so youthfully older,

in
contempt only of all that is
small-minded, artificial,
artless and
conspicuously untrue.

For the repose of John Berryman

A clone met in a clearing sprouts a salt and pepper
beard and speaks from below a gentle frown, furrowed
by the unbridled years of empty, dyspeptic houses
in which only old things ever re-offended and even
the tears appeared to break laws. Picture him
seated thus with high forehead, so inclined as to
nestle his profound intelligence on the palm
of his aging hand, all future movements of stone within,
and yet gracefully beyond his grasp, all the niceties
of distance and dream Book of Job despair
writ in words of wrought iron. “Brush away
them words that to you do no favours, Mr Bones,”
quoth quietly the alter ego. Quite. We pray: wipe
away those words pure and simple as one would, say,
the cigarette smoke that heavenlywards winds its way
from betwixt insubordinate and pain-stained fingers.
“My God, my God, why have you so utterly abandoned
me so,” mutters finally the altared ego. Tetelestai.

Note: Tetelestai, supposedly Christ’s final words before he died on the cross, signifying “it is finished”.