So simple to execute
but absolutely
impossible to copy ;
I defy you to try 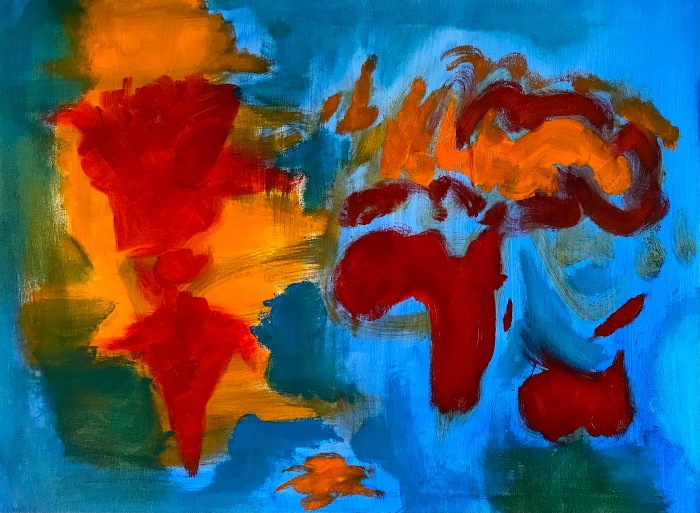 These words are a draft
of other words as yet
unwritten
In the final painting
earth pigments will abound
actions will be recorded
representational actions
and the canvas will be
stained forever
my right hand holding
a thin stick will trace
the motion of currents
around this two-dimensional
globe upon which the sun
appears to always shine
I cannot literally
paint on your wall
much as I would love to
this is the best I can do
: hang it !

Has time ever stood still ?
Has movement ever ceased ?
The universe that expands
within our minds
within our hearts
all energy recycled
all growth turned
to advantage 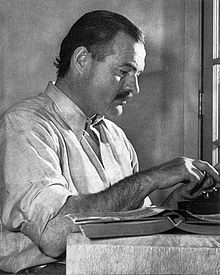 At night, he dreamed of fires. Tall tongues of red and yellow flame leaping into the cold night air. The acrid smell, the sound of insects exploding in the heat. At night he dreamed of fires and woke in the morning to his pale skin, to his fair hair, to his skin and bone body.

The truth is, Gertrude told Ernest, there’s nothing new in your ‘novel’. A new novel has new things, she continued, after a pause that owed nothing to a rose is a rose is a rose.

At night he dreamed of blazing fires, of fires raging on an African horizon, in clearings, on the foothills of Kilimanjaro. Ideas ravaged his mind, flickering shades amid the flickering shadows of leaping tongues of yellow and red flame. At night he dreamed of death, and woke in the morning to his pale skin, to his fair hair, to his skin and bone body and a Swiss Army knife tucked under his pillow.

Question and answer. Answers will take you nowhere, Gertrude said, savouring every word as it left her mouth. Ernest listened at her feet, open-minded, mouth agape. What is an answer, she continued. An answer is nothing great. An answer is the end; it’s an end, not a beginning. It’s independent, and it’s clear. Only if it leads to another question, only if then is it an answer that matters in any way to a questioning mind.

Pale blue, Ernest thought, her words are pale blue, a Picasso blue. Words for a canvas, perhaps. And he listened, over and over, but to no avail.

Where’s the drama in an answer, Gertrude asked him, and he had to shake his head and admit that there was none. That’s the reason, she continued, why the ends of stories are so frustrating, because an end is always much less dramatic than a beginning and a beginning is a question, while an answer is a full stop. Now, who created the world, that’s an interesting question, at least, but as for the end of the world, well, that’s not even minimally interesting to anyone, since, by definition, the end is the end of the end of all questions. And the end of genius, that is, the ability to ask the right questions, without worrying too much about the right answers. Shakespeare is certainly more questions than answers, wouldn’t you say so?

Ernest thought and saw that Gertrude was right, and felt, for a moment, the hope that a little of her genius could, by osmosis or some similar process, be transferred to him, although he knew it was unlikely, or all but impossible, even though he had already yet to totally discount the therapeutic value of hope, even as he recognized the aridity of the promises it brought.

At night he dreamed of fires and endlessly long vipers that somehow managed to meander in and out of the fire without injury, such green, intricately spotted snakes creeping into the icy flames. At night he dreamed of fires and could smell the flesh of a woman he had once desired and felt a fire invade his body while sleeping, while curled and snaked snug within the dream. And in the morning he awoke to his pale skin, to his blond hair, awoke to his aloneness, to his skin and bone body, and he remembered the fire and a waning moon and a dark canvas and shooting stars, and a breeze that gently fanned the flames, and the roar of a lion far away in the distance, the mountain contours on the horizon, Kilimanjaro; and the emptiness of his day was plagued by the unshakeable oppression of the turmoil of his constant dream.

Can a man love a woman? Gertrude paused, to listen to her own question.

Anna brought tea. Ernest served. Anna brought scones. Ernest buttered. Anna withdrew, leaving the tea, the scones, the butter, and a little honey in a glass jar. And a silence.

Can a man love a woman? Gertrude hesitated again before the immensity of her question.

Or, she said, why can a woman not love a man? That is so much more the question, and she smiled, leaning forward to receive the cup of steaming tea from Ernest’s trembling but devoted outstretched hand.

The question is much more that, Gertrude repeated, savouring each syllable on the tip of her tongue. Yes. . . I think not, she continued, after a long pause. Do you not agree, Ernest?

That night he dreamed of a woman whose face he could not see, whose body he could not see, though he could feel her face and feel her body in his dream, as if awake. The warmth of her body, the smell. He felt her breath on his face, heard sweet nothings in his ear, an invisible body and face, and legs, which he felt invisible, ran his hands over her breasts, over her belly, the soft hair between her legs, the same horizon, the same roar in the distance, but no fire and no flame. He threw himself across her body, the body he could feel but not see, felt the rapture of desire, and then he awoke: back to his pale skin, to his blond hair, to his skin and bone body, and an empty bed.

Can a man love a woman, or more precisely, can a woman love a man? These are difficult questions, said Gertrude as she proceeded to devour a second scone. Can a man and a woman truly love?

Yes, dear Ernest. Too many things happen in your novels, so that they are not really new. So busy busy with events, no time for any story, because you are never anywhere long enough for the story, a real story to emerge. Always too much going on and always nowhere near enough questions and everyone knows that when a question in itself is not interesting enough, then what hope, I ask you, what hope have the poor answers?

That night, the same dream but there was no moon, or if there was it was as though it was beyond his view, since in his dream although he strained, he was unable to raise his eyes, and so could not answer Gertrude’s question, though not as though.

Can a woman love a man? Why did Pilate not ask this question? He should have asked this question because it is so much more interesting than the question he actually asked. Whether a man can love a woman is also an interesting question, but very much less so in every respect but two. Perhaps the solution is to ask whether a woman will love a man and whether a man can love a woman, do not you agree, Ernest? In truth, do you not agree?

In the evening, a river. The roar of a lion, a mountain cat. A campfire. Towering tongues of yellow and red flame shooting up, against the mountain shapes in the distance. A savannah stretching infinitely in all directions, in his cot, a huge mountain. Kilimanjaro. The hills. The smell of acrid smoke curling into his nostrils. Rolling his blanket in the dust, and then a dream within a dream within. . . and the smell of a woman, the smell of her body, no visible body, the soft feel of her hair against his face, her legs against his legs, the brush of her lips against his lips, the softness, the hopelessness of it all, green snakes, slow slippery tongues of venemous flame approaching his blanket before entering and leaving the fire without injury, and the roar in the distance, his hand slipping down her back, a body he could feel but not see, his tongue in her ear, a desire to take her. His pale skin, his blond hair, the morning solitude of his skin and bone body. The hopelessness of it all.

Isn’t that so, Gertrude assessed as she polished off the final – delicious, as always, thank you so very much, my dear Alice – scone. Thank you!

The iron in my blood
is innocent : it feeds
on the fat of the land
All good things
out of the earth
oxygen out of the air
the impulse to breathe
to shape life into words
and words into life 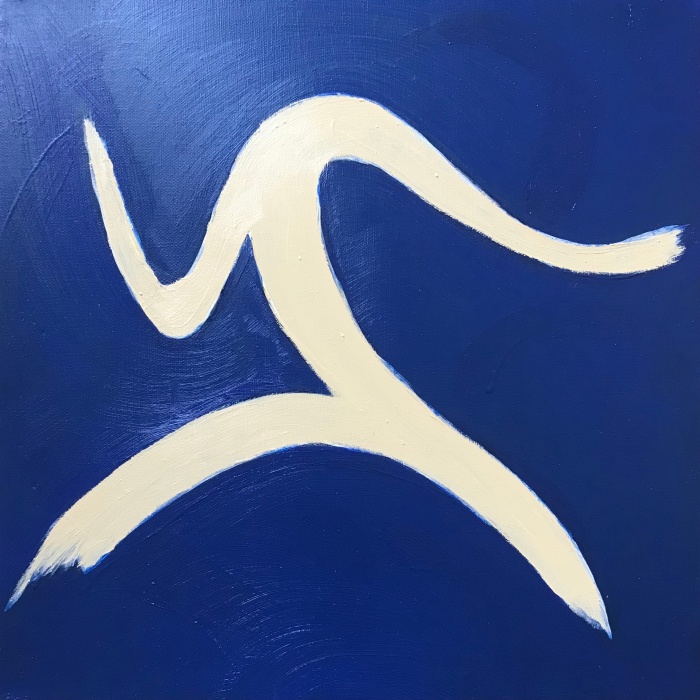 Blue is
the colour

With one leap
and a bound